"The Most Dangerous Game": 1932 classic became a "pun" for me when I saw it at a school 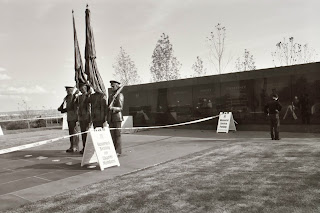 When I was substitute teaching, back in the fall of 2005, I attended a freshman English class where the students read Richard Connell’s famous short story “The Most Dangerous Game” and then watched the 63 minute film from RKO Radio Pictures. The students had to draw a Venn Diagram showing the similarities and differences between the original story and the movie.

I won’t make it easy and go into detail on that here, but it’s very common for studios to change novels and stories when filming them for effect or audience sales. It’s controversial. As a boy, I thought that the practice was wrong, But here the story and movie are important for other reasons.

The original story was also known as “The Hounds of Zaroff”. The movie was directed by Irving Pichel and Ernest B. Schoedstack. The screenplay adaptation was done by James Ashmore Creelman. Joel McCrea played the hunter Bob Rainsford, is shipwrecked on a remote island run by a mysterious Russian count Zaroff (Leslie Banks). The opening of the story includes a discussion of the relationships between the hunter and hunted (the prey was to be a South American jaguar – now that would be more objectionable). In the story, as I recall, there is some hint that the ship is disabled intentionally so that it will have to beach.

On the “Ship-Trap Island”, Rainsford finds there are other “guests” from previous wrecks, which might well have been intentionally set. The guests in clued Eve (Fay Wray) and her brother (Robert Armstrong). Pretty soon Rainsford has reason to become suspicious (I remember a particular scene with a huge lock and key and a chamber). There is discussion of what “the most dangerous game” is, and it may not be hunting wild beasts (tigers in the movie). Guests seem to have disappeared, and Rainsford (in the film) is presented with the choice of being the hunter or the hunted.

Of course, this sounds like a bit of a reference to a political problem: if you don’t join up with somebody, you become the enemy. You can’t just remain harmless or “neutral”.

English teachers cast the story in terms of the “brains vs. brawn” problem. To escape, Rainsford must use his brains, much as would a prisoner of war. But this is more than just an issue of having been captured from an invading force. Rainsford has had to make a moral commitment. If he will not become the hunter again, he becomes the hunted.

The story had some language about prejudice and some passages that relate to what fascist ideology was about (perhaps tough stuff in ninth grade). So it’s easy to imagine that the Count Zaroff has his “social” agenda – to create a fiefdom where morality is recreated by survival of the fittest. (It sounds like a bit like modern reality television – Lost). Money and social position mean nothing. There is only one’s karma, his ability to save himself. Or course, this is counter-religious.

The movie has had many retellings, such as “Bloodlust” in 1961, which wound up on a Saturday night series called “Chiller” in 1964. I think Warner Brothers may own the original rights, and would be in a position to consider a modern remake of the original.

But the concept itself is antiquated. The movie brings back a genre of adventure story telling with scenarios safely remote from the everyday world. Science Fiction in those days came from the style of Jules Verne – with “The Mysterious Island” perhaps making a comparison. Is Zaroff comparable to Captain Nemo?

Of course, one can imagine ways to develop this story today. Your sci-fi scenario would have space voyagers, Star Trek style, marooned on a hostile planet. Or perhaps ordinary people get abducted and taken there. Then there is the opportunity to explore the likely political systems in worlds 30 or so light years away. They are likely to be authoritarian, based on social rank and merit, perhaps Spartan in their values, maybe even without our concept of money, which could be replaced by “karma”. One can even imagine the idea that a body in our solar system, say Saturn’s Titan, is actually inhabited by a bizarre or “angelic” micro-civilization that could put members of our Earth to such tests. That sounds like fodder for more screenplays (like my “69 Minutes to Titan”).

There have been some horror films based on the overall plot structure. Of course, the obvious example is “House of Wax”, or perhaps “Mustang Sally”. In some cases, the “prey” is led to go to his reckoning with a semi-voluntary road trip, as in Carter Smith’s now notorious gay horror short “Bugcrush”. There has been some talk that the "Zodiac" (the subject of the big 2007 film directed by David Fincher) has “admired” Zaroff. It’s important to remember that the 1932 film, and that better films of this sort, are character driven. The individual characters get to be themselves regardless of the ideological setting.

“The Most Dangerous Game” ends happily and morally enough, for school settings anyway. But during the time that I saw it at a school, I was involved in my own “most dangerous game” with a situation where a screenplay that I had written and posted on my own domain had been found. In fact, I was writing my old review of this movie for my main site (doaskdotell.com) when I got a cell phone call from the school after hours (see my main blog, July 27, 2007 for the details). That call came despite the fact that just a couple hours earlier I had been invited to explain to ninth graders how to do research on imdb.com. In my case, my “fiction” was too close to reality for comfort – but it was fiction.

That is one advantage of remote settings, as in old, periodical-associated swashbuckling adventure stories from early last century. You could recreate yourself in such a story but no one could confuse it with reality. 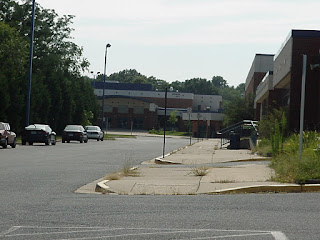 I see that I had written about this film on my main "Bill Boushka" blog on on March 6, 2007, in conjunction with a traumatic even that had occurred when I was substitute teaching.