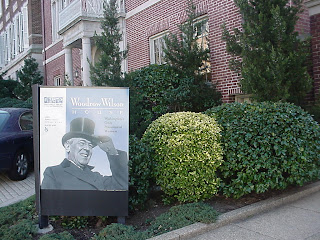 A straight but slightly womanish-acting Osborne Cox (John Makovich – who else?) gets sacked in his sterile Langley VA CIA headquarters. So, what to do but write a book. His memoirs, no less. He’s sure that the free market will pay for them. His wife (Tilda Swinton) is ready to have a process server visit him so that she can sack up with Treasury guy Harry Pfarrer (George Clooney), in his posh Georgetown townhouse, which makes good fodder for a break-in later.

The funny precept is that his memoirs really would be taken seriously as “intelligence” when they fall into the wrong hands: Hardbodies gym employees Linda Litzke (Frances McDormand – remember she had played the pregnant detective in “Fargo” who threw up on the job), ready to part with $40000 for some liposuction work, and comic stud Chad Feldheimer (Brad Pitt) who is ready to sport those big muscles everywhere, because not everybody has them. So the situation comedy begins, and eventually the gore and bodies start to accumulate, and the chieftains at the CIA are none the worse for wear.

The script was clever (with all the metaphors and punch lines), but somehow the movie seemed less natural and more manipulative than the Brothers’ earlier rondos. Filmed in standard aspect ratio, it looked small and intimate. (The credits say that the movie was edited with Final Cut Pro.) Still, the idea that an amateurish book would be chased by spies rings home. One of my image copy files, in my second book, in a chapter dealing with 9/11, got hacked in a passage where I was talking about suitcase nukes, back in 2002. I wonder if the Coen brothers could make comedy out of that.

I thought I caught a cameo of Misty Upham (from "Frozen River", reviewed Sept. 9) in one scene; still in the same matter-of-fact acting style.

My favorite Coen films are "Fargo", "Blood Simple" and "The Man Who Wasn't There" (the latter in black and white, and it even has a UFO!). 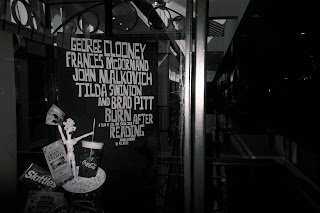