Lindsey Williams: "The Energy Non-Crisis": does it make film? 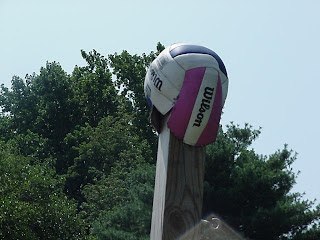 Can a lecture make legitimate indie film? Well, watch the eight parts of Lindsey Williams talking about “The Energy Non-Crisis,” totaling about 70 minutes. The link giving an index to the eight YouTube segments is at "Educate Yourself", here.

Well, there are a few shots of men in the audience with coke cans, and of the Granada Hotel ballroom somewhere (probably California). I’ve seen it done before, as with “Blind Spot” with Hitler’s former secretary talking for an hour, or a culturally opposite meditation an monologue "The Life of Reilly", or a conversation movie like “My Dinner with Andre” (but that is a two-way dinner conversation). In fact, I have a DVD of my own 57-minute lecture at Hamline University in 1998 on my own first “do ask do tell” book. I suppose it makes some theater. I want to redo all of it and make it a docudrama and a “real” movie. Here, with Lindsey, we do have a story. He tells it, with little visual aid. We can imagine it as a documentary movie, maybe playing at Landmark, maybe from some group like Magnolia Pictures. It ought to be filmed that way.

The premise is that in the 1970s, American oil companies found a huge reserves on Gull Island, near Prudhoe Bay, Alaska, and the government “just isn’t telling us.” Williams says was employed by ARCO as a chaplain on Trans-Alaska pipeline project to the north slope (he apparently comes from an evangelical Baptist background but does not seem trying to sell his religious convictions). An ARCO executive shared the information about the size of the Gull reserve, and the information wound up in a book (by the same name) by Williams and Stanley Monteith. The government classified the information, and the executive was fired. He called Williams and asked to rewrite a portion of the book. In time, the information was somewhat suppressed, and the executive (Ken Fromm) was reinstated and continued his career.

Then Williams goes on to predict $4-$5 gasoline (apparently the lecture was taped about a year before), but says that releasing the Gull reserve could drive the price back to $1.50.

Then he starts talking about “the cabal” that decided how to rule the world back in the 60s. Part of the plan was to keep oil priced in dollars. Iraq and Iran would not agree to this, and, Linsey maintains, we know what happened. An man named Abner Dethrey was dispatched to communicate to Saddam Hussein in 1990 that the US would let him reclaim Kuwait. We know then what happened, as George H W “had” to destroy Iraq.

The sudden increase in Saudi production in the mid 1980s was part of the plan, to drive down the price of gold and actually bring the world under control.

The price of gasoline is a form of taxation imposed by Them,” like the giant radioactive ants in the 50s horror movie. “There is no they” is one of my own favorite proverbs, but I guess there is a “they”. It’s the IMF, the International Monetary Fund, the World Bank. The gas prices are used by the IMF to pay off the “debts” of the Third World. I suppose in a way that makes sense. Look at the growth China and India, and inevitably most of the rest of the world. They want our standard of living and consumption.

At the end, Williams says that President Bush cannot afford to release Gull Island oil to American customers. He claims that Iran would flood the market with oil (as Saudi Arabia did suddenly in the mid 80s, resulting in the savings and loan crisis) and that Arab countries would refuse to take on American debt, leading to the collapse of the dollar and the impoverishment of the American economy.

It’s hard to make this compute. If we could produce all our own oil, why would we owe anything? But this was the plan in the early 60s, later developed by Kissinger. The only way this makes sense is that the "cabal" wants to bring everybody low and keep people dependent in order to stay in power.

He mentions a book by John Perkins, “Confessions of an Economic Hit Man” (2005).

He does draw the lecture out (mentioning radio announcer Paul Harvey and his famous "the rest of the story"), as he keeps telling us that he is going to make a big revelation. And the “telling” does come out, in periodic blasts. This is a kind of exercise in “do ask do tell.” And, with some work, it could be pretty good showmanship. 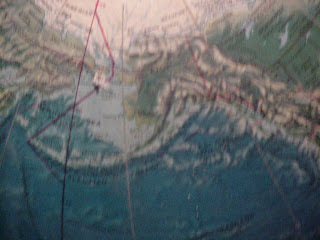 You ask the question, "if we could produce our own oil, why could we not pay whatever debt we wanted." The economics are complex (and I don't fully understand it) but, at some point back, we went to a system whereby money was printed and then released into circulation by the equal sale of debt. In short, every dollar in circulation is related to every dollar of debt. If we pay it back, we have to pay it with dollars -- i.e., no more money in circulation.

Further, there is a value to a currency being "used." And in the US case, most everything in the world is traded in USD. I forget how, but once it's stopped circulating, it begins to get costly (and if it's on the edge already, collapse.) So point two (and the premise of the video) is that it's essential -- no, critical to the US -- to keep dollars circulating. Producing our own oil, theoretically, according to the video, will "release" the Saudi's from their obligation to buy/hold our debt - a critical part of this process/conspiracy.