"The End of Suburbia", a Canadian documentary on energy depletion, gives consumers a moralistic tongue-lashing 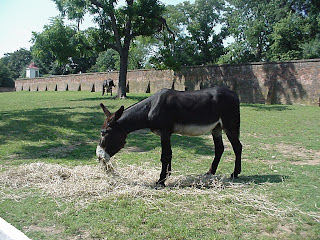 “The End of Suburbia: Oil Depletion and the Collapse of the American Dream,” directed by Gregory Greene, from the Electric Wallpaper Co., (2004, 80 min) is an alarming DVD film from Canada, and it covers more (from a moral viewpoint) than what the long title says. The DVD offers a G-rated option that eliminates one bad word in the main text.

First, the film is certainly prescient. The sudden shocks from the blue against our way of life seem to be coming, most recently in the crude oil price runnup since the beginning of 2008 (It close July 3 over $145, although it didn’t make the $150 doomsday prediction by July 4). And the film was shot four years ago, during avid post 9/11 concerns but during relative economic confidence. The film refers to $4 gasoline as the beginning of doomsday, and in 2008 that has happened.

The film also recalls the Red Envelope (Netflix) offering “A Crude Awakening” but this film spreads out more into a critique of western lifestyles and values and covers energy from a broader perspective than just oil.

For example, it analyzes the August 2003 power blackout, that supposedly started when a tree fell somewhere on a power line in Canada, but bad software supposedly caused current to flow in a wrong direction. The film maintains that we are running out of natural gas as well as oil. (What about coal?) It dupes the idea that renewable sources (solar, wind), even captured into batteries or cells, can enable North America to keep its lifestyle. It maintains that there is not enough land to grow all the crops for biofuels, and would take too much fossil fuels to bootstrap the process. Various speakers include Matthew Simmons (author of “Twilight in the Desert”) and James Kunstler (“Home from Nowhere”). The film discusses Shell Oil’s M. King Hubbard, who predicted that oil production would soon peak as far back as 1956 (PDF link: “Nuclear Energy and the Fossil Fuels”) Wikipedia has a detailed discussion of “Peak Oil” here. The mid 1970s recession after the 1973 oil shock may have delayed the peak. The sudden price spike that occurs after a peak passes was compared in the film to how an ordinary house circuit fuse works.

The early part of the film traces the development of suburbia. The modern account is generally that this happened after World War II with communities like Levittown, but some of it started in the 1920s. Streetcar lines in many cities extended the downtowns and made near suburbs attractive in places like Pittsburgh, but in the 50s companies conspired to replace these with car and truck traffic. The film shows a lot of humorous shots of 50s suburban life, even people on typewriters (ironically).

Although the film doesn’t specifically cover this, much suburbanization was related to de facto segregation. Even in the early 1980s in Dallas, many families with children moved north (to Richardson and especially Plano) to get to better school districts. Close-in and dense neighborhoods like Oak Lawn and Oak Cliff would be gentrified, partly by the LGBT community.

Toward the end, the film makes a pitch for returning to higher density living. This itself is nothing new. I've lived in relatively high density neighborhoods (New York, Arlington VA, Dallas, Minneapolis) most of my adult life. The movie predicts that many of the current suburbs will become slums, or that McMansions will house multiple families (and become tiny local truck farms). But it’s the business social relationships that seem to under the most disturbing fire. Globalization will implode, they say. One speaker refers to himself as an author, and worries that trade publishing will be gone in ten years, and he ponders starting a local newspaper. Because we won’t be able to afford global transport of many goods (the 3000-mile Ceasar salad), more people will be involved in agriculture and producing their own food, and it will become more labor intensive. The film points out that it takes 10 calories in energy to produce one calorie of food, significant for the developing world.That development will affect many of our ideas about personal and social morality and basic virtues. One speaker insists that social obligation will come back in many ways, including reinstituting the draft (he even mentions a call for people to serve quietly on Selective Service local boards again), and the connection between this and oil prices is, well, the War in Iraq, isn't it? Or is it something deeper. People may have less privacy and may have to adjust personal expectations and accept social intrusion of others. One can speculate that these developments could reinforce traditional marriage and child rearing and be very troublesome for those who are “different.”

The movie criticizes the major media outlets for not coming clean about these grim problems of adjusting to less energy and downsized personal lifestyles. This isn’t what consumers want to hear. The film predicts social denial and "provisional, impromptu" solutions for doing with less. The film notes the practice of "irony" or self-parody popular with artists (we now know this with the Internet), and predicts that this practice will become intolerable as the problems become "real". I recall how Donald Trump had noted this when firing one of his candidates on "The Apprentice."

The DVD has two shorts. One is “In the Suburbs” (1957), from Redbook Magazine, and it seems to have a lot of home movies of consumerist suburban life and looks forward to the expansion of it. The American Petroleum Institute offers “Destination Earth” (1956), an animated film that shows earthly lifestyles, driven by oil, from the viewpoint of fictitious Martians, who seem to have their own exotic civilization. I believe that this film was shown in seventh grade science when I went to school.

There is a sequel, “Escape from Suburbia” for which I am on a Netflix waiting list. 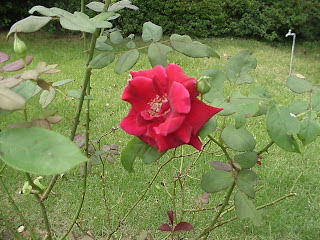 The sequel is now available for online viewing for Netflix subscribers. I watched it online this evening, although Netflix and Microsoft made me download a new Windows Media Player and reboot (it even checked my machine for valid licenses).

The film (94 min) picks up from the last film and makes the same arguments. Matthew Simmons, Richard Heinberg (“After the Party’s Over”), Michael Ruppert, and James Woolsey all speak. They say it takes about 10 to 15 years for policy changes made now to start working. They discussed “petrogeology” and said that “peak oil” (50% potential production) will quickly lead to exponential price rises according to econometric models (that may be happening now in 2008). The United States uses 25% of the world’s oil.

They recapitulated President Nixon’s “Project Independence,” Jimmy Carter’s “Moral Equivalent of War” and Ronald Reagan’s “Morning in America” when Reagan took down the White House solar panels (shown humorously in animation). The film moves into the phase where it shows individual families or people making the decision to change to localized, decentralized lifestyles. They talk about the need to “power down” their lives and live with less activity and global ambition. Some of the families move to rural farms. There is a Rattlesnake Mountain, that may be in Ontario; when I was on my senior trip in High School I hiked up Rattlesnake Mountain in the Lake District of New Hampshire! Other people try to stay in place and farm in the City. There is not necessarily a physical migration from suburbia; some will change their lifestyles in place. There is one male couple (apparently gay), one member of whom lost his job right after 9/11. It seems as though one of the men is giving up a collection when he moves. The end of the film discusses the social and political aspects of decentralized living, without coming to conclusions; it accepts the idea that this would lead to new social experiments without ego-sustaining power structures, which may sound too Utopian. But the movie again stresses the wrenching process that the West may go through in getting unhooked from the “forever economic growth” ideology. Wall Street doesn’t get it, they say. The idea that economic growth itself (as a mathematical calculus derivative) is not sustainable is still not politically acceptable.

One of the people in the film has a blog here about the "escape" (see comment).
Posted by Bill Boushka at 9:46 AM

Hi Bill,
I'm one half of the gay couple in Escaped from Suburbia that hope to escape from NYC. Just wanted to clarify a couple points that you mentioned. The Rattlesnake Mountain Farm was a CSA farm in Wassaic New York. Unfortunately, the folks shown farming that land have moved to another farm and the CSA is no longer running. Also, my partner, Phil, is the one who lost his job after 911 and we are trying to sell his comic book collection to gain some funds to leave for greener pastures. Thanks for you comments about the movie.
Tom