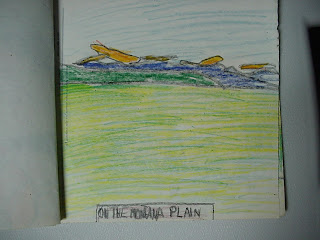 The Smithsonian in Washington, the Samuel C. Johnson Theater in the National Museum of Natural History, shows some Imax 3-D (on a 90 ft w x 66 ft h screen) documentaries from National Geographic. All of the films would probably fit into the PG category.

Lions 3D, directed by Tim Liveredge, 40 min, traces the life of a lion pride in the Kalabari Desert in Botswana, north of South Africa. Much of the territory is a flat land salt delta, where seasonal dust storms actually give lions hunting opportunities. Lions are the only cats with a major social organization, and this seems to comport with the fact that males have visible secondary sexual characteristics (manes). A particular male “owns” two females, and the younger lioness is learning to hunt. The older lioness has cubs and trains and raises them, but a raiding male could kill them, if it fit the strategy of propagating one’s genes. The individual wild cats had distinct personalities (one wonders how they accepted human photographers in their territory) and took on the personas of characters in a more conventional film, even making a variety of roars and sounds as "speech". Lion society is somewhat like a primitive patriarchal human society. It starts with survival of the fittest genes, and it is up to civilization to make things more just. Other animals, including hyenas, are shown.

The film does provoke some social and moral thinking. Most of us think of cats as being a bit like us (leading us to become attached to them as having real personalities), and here they are trying to have a society. Without some kind of moral compass rooted in the family (and faith), the ultimate safety net is shredded for some people, and the “losers” after left to perish according to natural Darwinism (or Spenceriansism). Not that human family values don’t embrace their own moral contradictions.

Sea Monsters 3D (42 min, dir. Sean Phillips) has probably the very best realistic animation ever seen on film, when it comes to depicting underwater reptiles (somewhat like crocodiles), amphibians, fish, and mollusks like they would have lived 200 million years ago. Archeologists, mainly in the little known badlands in western Kansas (and some in South Dakota) study frozen-in-time fossils of these creatures from the inland sea (recreated in the NBC disaster movie “10.5 Apocalypse”). The film also shows digs in Australia and in The Netherlands. One water reptile died of gluttony, choking on a smaller reptile. Another small reptile survived an attack, to grow up with a shark tooth in its fin.

When I made still pictures as a boy, I called one of the movies “Sea Monsters” and imagined giant squid climbing onto ships. (That happens in the Sci-Fi movie “Eye of the Beast”).

The Museum also shows, in the Mammals hall lobby, a (conventional video) film called “Mammals” that traces how mammals evolved after the asteroid-based extinction 65 million years ago wiped out the predatory dinosaurs. The film defines mammals as warm blooded, having hair, and extra ear bone, and mammary glands for nursing live born young. They imagine a reunion party with 100 million year old rodents (gnawing animals). A lot of guests don’t make the cut. “You don’t have any hair.” Indeed. 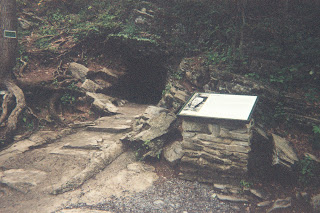 On Jan 17 Animal Planet had a one hour film "Big Cat Diary" with amazing close up African photos of a lion "family" (where a mother teachers her cubs to finish a kill she has started -- a first), a leopard (running from a baboon), and aggressive courtship among cheetahs -- the cheetah may be the most "tamable" big cat (the WB film "Duma" from South Africa), where a somewhat "dog-like" male cheetah raised in a household with children acts like part of the family (like a Labrador Retriever), even able to learn to operate a remote television pad with its mouth; he only learns who he is when he sees a female when taken in the wild. Large cats don't seem to object to man or to cameras as long as they are in the wild and are not cornered.

On May 28 Discovery APL aired a similar "Big Cat Challenge" as lions, leopards, and cheetahs compete in the same space, with cheetahs working the day shift. The show maintains that in a lion pride, only the alpha male gets to have a lineage, and the dominant male will kill the cubs of all other males. Furthermore, the dominant males will take away the kills of younger "bachelor males." This sounds like a primer for the worst of human behavior, such as fascist societies. However, in the animal world, the show maintains, such practice means the strongest genes survive. That sounds questionable, as genetic variation is itself a good thing in the long run. We feel fascinated with big cats because they are problem solvers, have real personalities and emotions (such as the grief of the lioness when her "illegal" cub is killed by the alpha male), and real soap opera. They seem so much like us, and perhaps that is frightening. With a slightly large brain (that might have developed with more genetic variation, which "family values" tend to encourage), perhaps big cats could have developed the ethical perspective that a civilization (humans) needs to grow. Then the cats might have ruled the planet. Bonobo chimps have some of this perspective.

PBS Nature aired "Lions: Pride in Peril" narrated by Richard Attenborough, following a small pride living in an old caldera in Africa. The social structure of the animals is explored as the pride deals with reproductive failure and competition from nearby tribes. The animals are under tremendous pressure to learn to hunt and reproduce competitively, and the film seems to offer a subtle commentary on our own moral values.
Posted by Bill Boushka at 4:40 PM