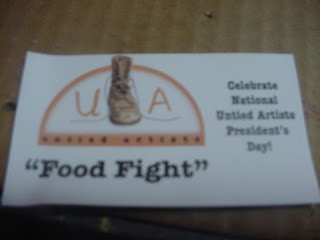 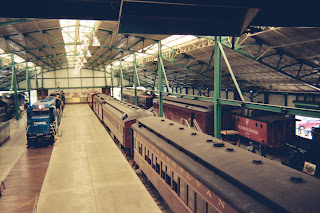 The 48 Hour Film Project http://www.48hourfilm.com/ , founded by Mark Ruppert, gives amateur filmmakers (usually teams) to an opportunity to compete to make a film with a given genre, line of dialogue, character(s) and prop in a 48 hour period. The DC event was held at the AFI Silver in Silver Spring MD (Metro accessible) this week. I attended the 7 PM Friday show. Here is the DC link; here is the blog.

The SAG information is here: http://www.48hourfilm.com/filmmakers/sag.php

The genres varied, the prop was a bracelet, the character was Roosevelt. Each show is based on a different specification. As a concept, this contest resembles the Project Greenlight Directors’ Contest, which each contest had ten finalists. As a whole, the Greenlight films tended to have a lot of substance and were often miniature thriller, dramatic or horror shorts. The 48 Hour Films tended to be spoofy and work toward a surprise payoff. Most of the films were 5-8 minutes in length.

Group Therapy (Faison Film). A participant in a group therapy session wants to blow it up, literally. And it’s funny.

Reposed (K3WL). Some colonial history (resembling Jamestown or St Marys City) is buried beneath, reenacted in flashbacks, and it comes out of the woodwork. It’s not a blob.

Oh! Jesus (Can Chocolate). A local Nazarene Church tries to raise money, with some tender mercies as a result.

If the Shoe Fits (Teen Rh) with an enterprising teen and a lost shoe.

The Animal Within – a setting of “The Werewolf” as a suspect begs to be arrested before he converts. It’s too late.

Posi-tive. In 2023, HIV has mutated, and people with HIV are forbidden from any sex. So the free market invites an “I Robot” as a partner. It plugs in through the navel.