Would "Do Ask Do Tell" make a good name for a movie studio? 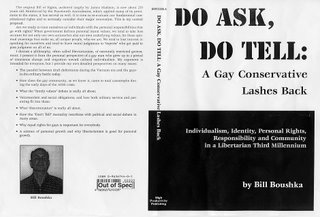 When I designed the black-and-white blocked cover for my first “Do Ask Do Tell” book, my editor thought that the book had a Spartan, “Schindler’s List” look, after the 1993 Spielberg film shot in garish black-and-white.

I have thought that the blocked design would make an effective trademark for a movie studio, production company or distributor. There are a couple of companies that have lightly similar blocked design trademarks (like Strand, Typecast, and Tartan).

Yes, that would be a fantasy, to produce and release films about important political and social issues, with a certain emphasis on documentary. Of course, we have some companies that do that now: Participant (“Good Night, and Good Luck”, “Syriana”, “Fast Food Nation”), and, of course (“life happens”) HBO Documentary (“Hacking Democracy”, “Iraq in Fragments”, “When the Levees Broke: A Requiem In Four Acts”), as well as PBS Point-of-View.

There are a number of projects around that I can see being drawn together by such a company. There is Dream OutLoud’s “Don’t Ask Don’t Tell”, Gode Davis and “American Lynching,” Sam Nunn’s and the Nuclear Threat Initiative’s Last Best Chance, and a recent film by DC area filmmakers Patty Kim and Chris Sheridan, “Abduction: The Megumi Yokota Story.” Another good dramatic film from a few years back that dealt with a lot of issues was Nicholas Panagopolus “Five Lines,” with intersecting and compelling stories mapped to the five lines of the Washington DC area Metro system. When I lived in Minneapolis (1997-2003), I saw many interesting local projects in the Cinema Lounge (sponsored by IFPMSP) at the Cabaret Theater at Bryant Lake Bowl, such as some films by Jon Springer and Cricket Films, such as “The Hymens Parable” and “Heterosapiens.”

Another idea would be a good documentary on the achievement gap among various classes of students in public schools, as explained in The New York Times Magazine article by Paul Tough, "What Will It Really Take to Close the Education Gap?"

I tried out for a part as a military captain in Darin Heinis's short 2002 film, "The Retreat", about supernatural remnants from the Battle of the Bulge in 1944. As far as I know, I have been in a crowd as an extra only once, in a silly movie "Major League III" (Morgan Creek), in a scene filmed in the Minneapolis Metrodome in 1997.

Despite the advances in video and digital technology, and the popularity of sites like YouTube, it’s still pretty hard to make a commercially meaningful film by yourself. But I can see that there is room for another innovative company to get films out like some of these. Resources, that is another matter.

(For a discussion of trademark, especially the Trademark Dilution Revision Act of 2005, go here.)
Posted by Bill Boushka at 10:48 AM No comments:

What is an independent film? 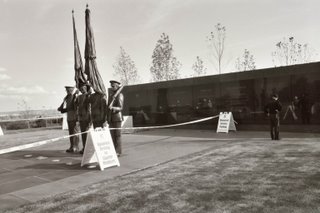 In the past twenty years or so, major studios have set up "boutique distributors" for independently financed films with usually a more specialized intellectual focus. These included Miramax (Disney, separated from The Weinstein Company/Dimension), PictureHouse (New Line, and this used to be Fine Line), Warner Independent Pictures, Sony Pictures Classics, Paramount Classics (now Paramount Vantage), and Fox Searchlight Pictures.

A number of really independent companies cropped up, including ThinkFilm (Canadian), Magnolia, LionsGate (which absorbed Artisan and also has an interest in Lifetime) and Strand (which has a lot of GLBT material, as does TLA).

The business relationships among these companies are complicated. Often a film has one distributor in the US, another internationally, and still another for DVDs. Some companies (like Miramax) double up as production companies and distributors.

Disney uses Buena Vista for most of its domestic distribution, and has Touchstone, Hollywood, and Walt Disney Pictures itself as "brands". Sony does something similar. Columbia, with the Statue of Liberty trademark, is the central brand, followed by MGM, which it absorbed (but it kept the Lion), TriStar, Screen Gems (for horror and action). United Artists, which Tom Cruise is taking over as CEO, was long a "mainstream" brand for large budget independent films, but MGM made it into the "boutique label" and apparently it will maintain an independent focus under Sony/Cruise. Paramount absorbed Dreamworks, and sometimes uses the Dreamworks company for large films with a more intellectual focus (like Clint Eastwood's "Flags of our Fathers" or "The Last Kiss" with Zach Braff -- anything with Zach is automatically independent!). Paramount released Alejandro Gonzalez Inarritu's "Babel" with both it's mountaintop Paramount trademark and Paramount Vantage.

Recently, independent art houses like Landmark Theaters have been showing more films marked under major studio brand labels, like "Little Children" from New Line, and "Stranger than Fiction" from Columbia, as well as "Running With Scissors" from TriStar.

And there are some production studios like Participant and Liberty that sometimes distribute their own films.

So, what is an independent film? YouTube?
Posted by Bill Boushka at 9:32 AM No comments: 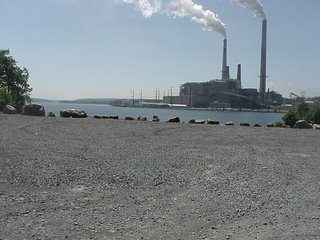 Leonardo Di Caprio emerged from "boyhood" with Titanic in 1997, and visibly so with the environmental adventure The Beach in 2000, filmed near Thailand -- where he checks his email in the last scene. In the early part of this decade. Di Caprio has taken on envornmental causes more visibly, and it isn't always easy to follow. His web site offers two short films "Global Warming" and "Water Planet" for free viewing, plus a link to a site about strip mining and mountaintop removal in Appalacia, including another short video about mountaintop removal (over 470 mountaintops have been removed in Appalachia), and the referred site proposes a "mountaintop memorial."

Not as many people know that Di Caprio hosted the cable TV film "The Great Warming" from the Discovery Channel in 2003, and a shortened version of that film (marrated by Alania Morisette and Keanu Reeves has a limited engagement at Regal Theaters in late 2006.

The film seems overpowered a bit by Al Gore's film from Paramount Classics, An Inconvenient Truth, in the summer of 2006, which played all summer at major theater chains, a great record for an independent film, and Mr. Gore made a college lecture really interesting, with all of the graphs, scientific details, and video.
Posted by Bill Boushka at 4:38 PM No comments: