Josh Hartnett: from "Faculty" to "The Black Dahlia"; also, the indie film "Regarding Billy" for comparison on filial responsibility 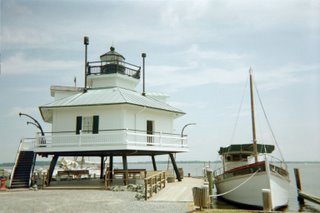 The October 2006 issue of Gentleman’s Quarterly features a handsome headshot of 28 year old Minnesota actor Josh Hartnett, with the story on p. 306 by Alex Pappademas (photos by Terry Richardson), “Josh Harnett’s Arrested Development,” with again, a wholesome police lineup shot (fictitious, of course), an oxymoron to be sure.

Since I lived in Minneapolis from 1997-2003, I remember the St. Paul Pioneer Press story about “the 20 year old actor” (who graduated from South High School in Minneapolis in 1996) when Dimension Films released its reprise “Halloween H20: 20 Years Later” (dir. Steve Miner), as well as the spoofy if “prophetic” “The Faculty” (dir. Robert Rodriquez), which has kids looking for teachers “infected” by aliens. Actually, Hartnett was born in San Francisco, according to imdb, but for practical purposes, he is one of a long series of major Hollywood and indie film/television series personalities supplied by Minnesota. (Others include Patrick Flueger, Sean William Scott, Chris Pratt, Jeff Gilson, and Breckin Meyer; Ashton Kutcher comes from nearby Iowa and essentially the same northern European farm culture). The next important film from Hartnett would be the better known film “The Virgin Suicides.” (Paramount Classics, American Zoetrope, dir. Sofia Coppola). Dimension has since become known for “Sin City” and its support of “Project Greenlight” (another blog entry) after Weinstein Brothers gave up Miramax.

I actually saw the Halloween film in the old Plitt theaters on Hennepin (pretty close to the Gay 90s and similar places); now a handsome Regal cinemas complex has replaced it, in a downtown highrise shopping center, although the gay businesses along Hennepin thrive (and would make unusually good live film locations for drag shows and disco scenes because of their physical layouts). About that time, I also saw Breckin Meyer perform in “54” about the infamous jetset party disco in New York.

Hartnett’s fame would explode in May 2001 with his role in Jerry Bruckheimer’s “Pearl Harbor” (Touchstone), and later as a kind medical sergeant in “Black Hawk Down,” about the kindly sergeant who tended the wounded in the abortive 1993 mission in Somalia.

The GQ article goes on to describe Hartnett’s life in Minneapolis, buying a house (real estate money goes farther there than on either coast, even though Minneapolis is not “cheap” by any means), before moving to New York in 2003. He would hide in plain sight in the Uptown section of Minneapolis (home of the Landmark Uptown and Lagoon Theaters for mostly independent releases, and Bryant Lake Bowl, where IFP held its free local filmmaker indie film screenings), often “disguised” by something as simple as a two-dollar stocking cap. In 2002 he would speak at a battered women’s shelter benefit at the Riverside Theater (south Minneapolis) at a festival screening of “Blue Car” (Miramax, in which he does not appear, but where Agnes Bruckner gave quite a performance).

Over the next few years, Hartnett would make a number of films, and the best, I think, are "Hollywood Homicide" (which was previewed at his 2002 speech) and "Lucky Number Sleven."

That brings us to his latest film, Brian de Palma’s “The Black Dahlia,” a two hour 40s period piece about the LAPD befuddled by a brutal murder of a starlet. The film is said to be overly complicated, descriptive and reflexive. Hartnett plays a young police sergeant, consorting with enough women, and he always seems a bit too wholesome for the part in a movie about police corruption. He (his character, that is) will survive. But the most curious episode in this film occurs early, when he does a couple of prize fights. Now you don’t visualize Hartnett as exposing his brain to concussions of boxing; he is not Cinderella Man, and the reason for his fights (one of them is against his police partner played by a hirsute Aaron Eckhart) is apparently to pay for his aging father’s rest home care. In one scene, the father is making a model the way a child would. But the movie makes a curious social point about filial responsibility, an issue that is likely to explode soon as a public policy debate issue. It is almost as if de Palma (and maybe Hartnett himself, who reportedly campaigned for liberal Senator Paul Wellstone before his tragic plane crash in 2002) want to make a sly social policy statement.

Universal and Millennium Films spent about $50 million to make de Palma’s feature, but there is a 2005 $20 K DVD feature made by Jeff London (Guardian Films) making the same point. It does not include Hartnett. The film is called “Regarding Billy,” and it has a young man returning home upon his parent’s death to take care of a retarded young adult brother. The caretaking may be a “dead hand” probate requirement, but it is genuine. There is only a third character, a boyhood male best friend returning from military service in Iraq, and Billy and the serviceman will discover their love. With less than .1 percent of de Palma’s budget, London manages to dig deep into so many cutting edge social issues.
Posted by Bill Boushka at 5:20 PM