A Film by Marc Horowitz 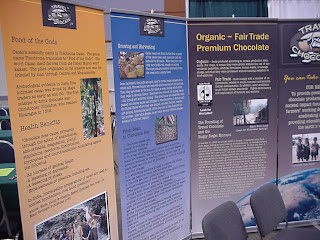 I guess they can make commercials into art film shorts now. Blond mop head Marc Horowitz has several versions of his test drive, a couple of which have him dousing his beefcake presence with icewater. He puts on the shades, spins and skids the obstacle road test course (with his Barbie, his gnome, and his toast), and shows us that his CD's didn't move, soft drinks didn't splash, and only his slippery silk tie fell. "Not too shabby." (Or maybe he should say, "not too spiffy.") The car to be sold is a fire engine red Nissan Sentra. I guess the character Max from Days of our Lives could drive it, and it is the fake-Shawn's design. There are other versions of this film ("I win" the gas price war, and one where he lathers himself as part of proving that he could live a week in the car if he had to for a hazing ritual.) Whaterver, always a one minute indie film. Show it with Stella Artois (with Verdi opera -- The Force of Destiny --, and snow in Provence, in the background) at the art houses.

Horowitz has a website "7 Days in a Sentra" here. He also gives his link to his Myspace page there.
Posted by Bill Boushka at 7:46 PM