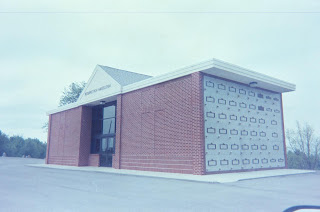 Sunset Script was been offering seminars at various cities around the country. As of early September, it looks like the next major one is in Dallas, TX.

Since I live in northern VA, I attended the conference at the Doubletree Inn near Thomas and Logan Circles in Washington DC Aug 12-13, 2006.

There were panels and speakers from various other agencies and production companies, including Mike Esola from William Morris, Brett Forbes from Fortress, and Courtney Calaker from Neo Art and Logic. Sean Stevenson from Writers Guild of America, East explained some of the legal and contractural issues regarding guild membership and benefits.

Production companies that come to these events tend to be very specialized in the kind of material they are looking for. One company here was looking for monster movies. Another wants low-budget family. Esola indicated that family films typically are the best sellers. A representative for Nickelodeon was present and discussed a writers' internship in California. Companies that make television series for children or specialized audiences often must develop their own writers.

Dan Decker, author of Anatomy of a Screenplay, was the MC. He warned participants that he would pull someone out of a chair if he/she tried to make an unwelcome pitch. However, Sunday afternoon we all got to make practice pitches.

"A young reporter's pregnant fiancee disappears. The police suspect a Scott Peterson-like potentiality because he has been sleeping with another woman. The reporter suspects that the fiancee was abducted and discovers a right wing plot to prepare the public for massive social upheaval that would accompany a real alien landing. The break the plot, the reporter must subject himself to a clandestine night journey and an initiation that will challenge his own self-worth as a man. Will he find the fiancee, who took her, and get back to her?" The sentence in italics was added in a coaching session, to increase the sense of urgency for the movie goer.

A tentative title for the movie is Titanium. building material for the spaceships, maybe.

I personally like Michael Hauge's Screenplay Mastery site with its six-part structure (a refinement of the three-part structure).
Posted by Bill Boushka at 8:15 PM