"Living on the Brink": A family deals with sudden career destruction by the pandemic lockdowns

“Living on the Brink: One Family’s Struggle to Survive the Pandemic” from the Washington Post, 13 minutes, Jan. 4, 2021.

This is a white couple with one son and a house in Arlington VA.  The husband worked as a stage hand, but that career disappeared in a blink with the lockdowns in 2020. The family will sell the house for cash and move closer to family near Chicago.  He will work as a carpenter again.  They will start over.

She has been working selling real estate for some commission income. She says "I could see this happen because of terrorism or cancer, but not for a virus."

Posted by Bill Boushka at 3:41 PM No comments:

"Don't Touch Me": activists try to block journalist from filming removal of homeless in Venice, CA, but the activists have ulterior motives 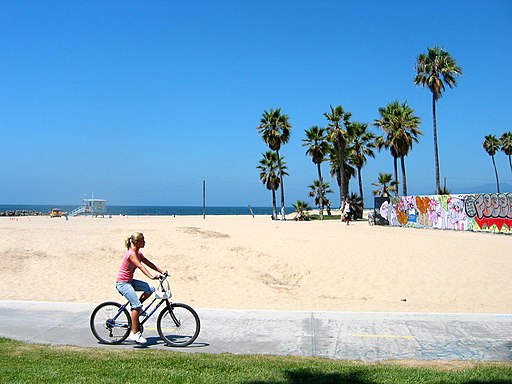 “Don’t Touch Me” by “German in Venice”, otherwise titled, “Activists Try to Stop Me from Filming the Homeless in Venice Beach”.

The vlogger tries to film an eviction of a homeless person from the beach in California. Activists block him from filming, out of shame because he has food on his table. But one of the activists involved in shoving him away is filming it himself for a monetized channel.

Sometimes BLM activists have tried to stop bystanders from filming them in protests if the bystanders won’t join them, particularly when they go into outdoor dining spaces to “recruit”.

Posted by Bill Boushka at 6:28 PM No comments:

"Mobile: When Living in a Car Is Your Last Choice": fundraiser short film by Invisible People on homelessness

“Mobile: When Living in a Car Is Your Last Choice”, directed by Luciana Faulhaber (written with Beth Meredith), 17 minutes, posted July 7, 2021, by a group called Invisible People on YouTube.

A middle-aged white woman, Lydia (played by the director) has been evicted from her apartment (think about the eviction moratorium now as a “political” issue in Congress) and lives in her car, while working in the gig economy as an Uber or Lyft (the script doesn’t say which) driver.

The landlord secretly lets her get some stuff back, and she picks up a couple of gay male passengers.  Everybody is wearing a mask, so her hard-times are pandemic-driven, perhaps. They cheer her up, and then she goes looking for a safe place to park and is almost accosted until another guy chases the accoster off and tells her where there is a safe-place parking she can register for.  There is some red tape with her phone.  Fortunately it works.

What if her car breaks down?  What if the technology dies?

The film is labeled on YouTube as a fundraiser, with links in the description of the video.

Posted by Bill Boushka at 6:31 AM No comments:

I have to pull an important review, but I do expect to repost it soon -- explanation

This is an unusual incident.  I removed a video review (from July 30) today because a sensitivity, of an unusual nature (it is international) occurred.

One problem in Blogger is that you cannot change the title of a blog post as Blogger will index it.  Even if you change the text that the visitor sees (fix a spelling error or typo) Google will index the post under the old name.  In this case I felt there could be an unusual issue.

I believe I will be able to repost the review with a new title (after full deletion and re-upload) and some other changes by the middle of next week.  Again, this is something that doesn’t happen very often and is a little bit unpredictable.

I’ve included a video of work on my own trainset just to have something to look at.

Just one philosophical thought.  No one has a “natural right” to be born more fortunate than other people.  I’ll expound on that in a video later.

Posted by Bill Boushka at 5:44 PM No comments: This is the story of Jacob Wohl, who started founding questionable investment funds as a teenager (born December 1997).  This would result in bans and litigation; he was also involved in propagating various conspiracy theories, such as one involving the death of Seth Rich in Washington DC.  Apparently he has attempted to libel Robert Mueller, Pete Buttigieg, and even Anthony Fauci.  He would work with another “conspiracy theorist” Jack Burkman.  There is a non-flattering biography on Wikipedia here.

The film offers a licensed excerpt of a News2share video filmed by Ford Fischer of a press conference by Wohl.

The film has a sequel, “Natural Born Grifters” released on late July 2021;  I may review that later.

Most (really all) precocious teens I have followed on these blogs (some have video channels) have done really well legitimately.  This is the first disappointing story.

Posted by Bill Boushka at 11:27 AM No comments:

The South Bronx (from a car)

I can remember riding through the area in 1975 on an Amtrak train from Boston. It looked like a war zone then.

Now businesses are coming back and the many apartment buildings appear to be in reasonable shape.

That is a little bit of a contradiction with the view from Louis Rossmann’s bike tours.

Wikipedia embed, place known as "The Hub", click for attribution.

Posted by Bill Boushka at 10:09 AM No comments:

"An Invisible Threat: the Possible Link Between Microwave Technology and Health", from Endever documentaries

The documentary is filmed mostly in Belgium, France and Sweden, and maintains that people live with a much higher level of background radiation than they did in earlier levels, by many orders of magnitude.

The documentary talked about where women carry cell phones and breast cancer, and maintained there is an inverse geometric relationship between distance of the phone from the body and the risk.

But sometimes the film seems to be trying to cry Luddite, and suggest we should get rid of modern technology and live simply.

The film does not cover the "Havana syndrome" which seems very timely now.  Furthermore, it is possible for intense microwave devises to damage electronics, although this has not been reported as actually happening.

The film presents women who say they are hypersensitive to microwave.  There is an area in West Virginia in the US near Green Bank where no cell towers are allowed because of a radio telescope, and many such people live in that area.

Posted by Bill Boushka at 1:59 PM No comments:

"Refill": a man alone in the mountains, looks for a flying robot to give him daily fixes

“Refill”, directed and written by Luis Villatoro, from Ignorante Films, presents us with a young man (Jose Corales) living alone in a shed in Spain in the mountains, getting regular visits from a flying robot saucier that gives him an oral fix by hose.

He seeks to destroy it, and meets a companion (Daniela Honzalez, from whom he might have the last child on Earth.  What more to ask for?

Posted by Bill Boushka at 8:52 PM No comments: